Download the best online shooter on your phone right now! A real battle royal awaits you. Join the battle and compete in shooting with friends and millions of players in online battle royale games.
4.0/5 Votes: 1,460
Report
Developer
PlaydariumVersion
1.1.0
Updated
May 27, 2021Requirements
4.4 and up
Size
40MGet it on

Download the best online shooter on your phone right now! A real battle royal awaits you. Join the battle and compete in shooting with friends and millions of players in online battle royale games.

In new games you are waiting for fast, dynamic battles with friends and online players from around the world. Up to 30 players can take part in the battle!

Why do players love this game:

Simple controls and autoshooting that even a beginner can handle! Experience in the genre of online FPS games is not required, you will quickly figure it out.
A big plus is the game graphics in the style of pixel blocks – which is supported by absolutely all devices. A huge selection of skins for your character do you want to be a policeman, a pirate or a supermodel? Your fantasies will come true here.

Regular updates – yes, yes, we are not lazy! We will add new content in packs – skins, firearms and non-firearms, game features, new arena and maps, theme events, pixel gun, all that will help you enjoy the 3D game battle simulator.

You are waiting for the battle in BATTLE ROYALE mode.

You and your friends are thrown out of the plane onto a huge island .. And – the survival online time has gone! You only have a couple of minutes to find your equipment – body armor, hard hat, ammunition supply and weapons to your taste. Then SHOOT at everything that moves in this crazy mode with dozens of unknown opponents! But be afraid of the narrowing battle zone, it may end your battle … The winner will receive everything – fame, wealth in the best games ever 3D mobile shooter battle simulator!

You can play with live players as well as practice skills in the game with bots. Create a new game or join the start of the battle unknown battlegrounds. Do not forget to come up with a unique game nickname before the battle, so that everyone recognizes the hero by name! 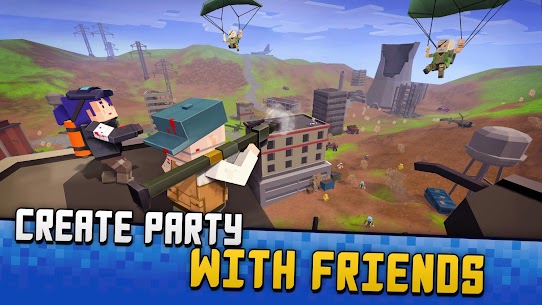 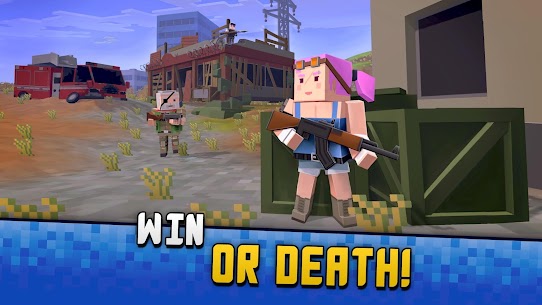 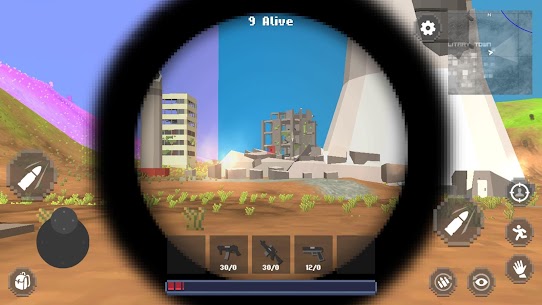 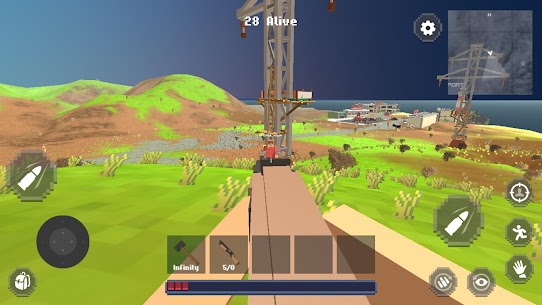 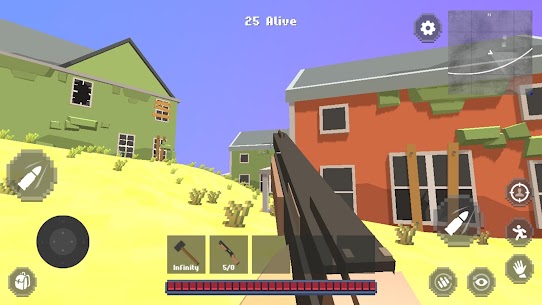